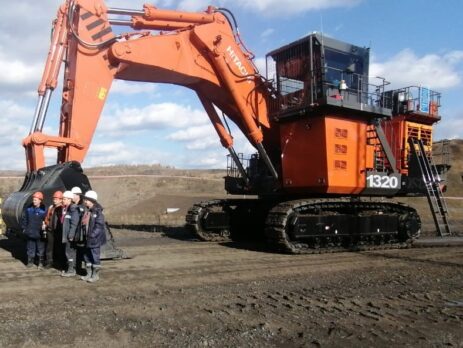 In October 2021, Minetech Machinery, the official dealer of Hitachi Construction Machinery in Russia, delivered two EX1200-7 and one EX1900-6 models to Krasnobrodsky, Kaltansky and Taldinsky sections located in the Kemerovo Region.

JSC “UK “Kuzbassrazrezugol– is an enterprise of the raw materials division of the Ural Mining and Metallurgical Company (UMMC), specializing in the extraction of energy and coking coal of ma-rock “D”, “DG”, “G”, “SS”, “T”, “CO”, “CS” by open method. The company consists of six sections: “Kedrovsky”, “Mokhovsky”, “Kaltansky”, “Krasnobrodsky”, “Bachatsky” and “Taldinsky”, as well as a separate structural subdivision “Avtotrans”. The enterprise, which occupies a leading position in the coal industry of the region, is actively modernizing production, including updating the fleet of mining transport and auxiliary equipment.

“Excavators EX1200-7 will be used at the Krasnobrodsky and Kaltansky sections, and EX1900-6 – at Taldin–skom. Hitachi mining equipment has proven itself well in the work on the sections of our enterprise, it successfully copes with the tasks even under the most difficult operating conditions. The company’s fleet of vehicles already includes 11 cars of such models as EX1200-5, EX1200-6, EX1900-6 and EX3600-6. In 2022, we expect the supply of six units of equipment EX1200-7, four – EX1900–6 and three – EX3600–6 to the enterprises belonging to JSC Cuz-Bassrazrezugol Management Company,” Igor Kirilov, Head of the Power Mechanical Department of JSC Kuzbassrazrezugol Management Company, told the audience.